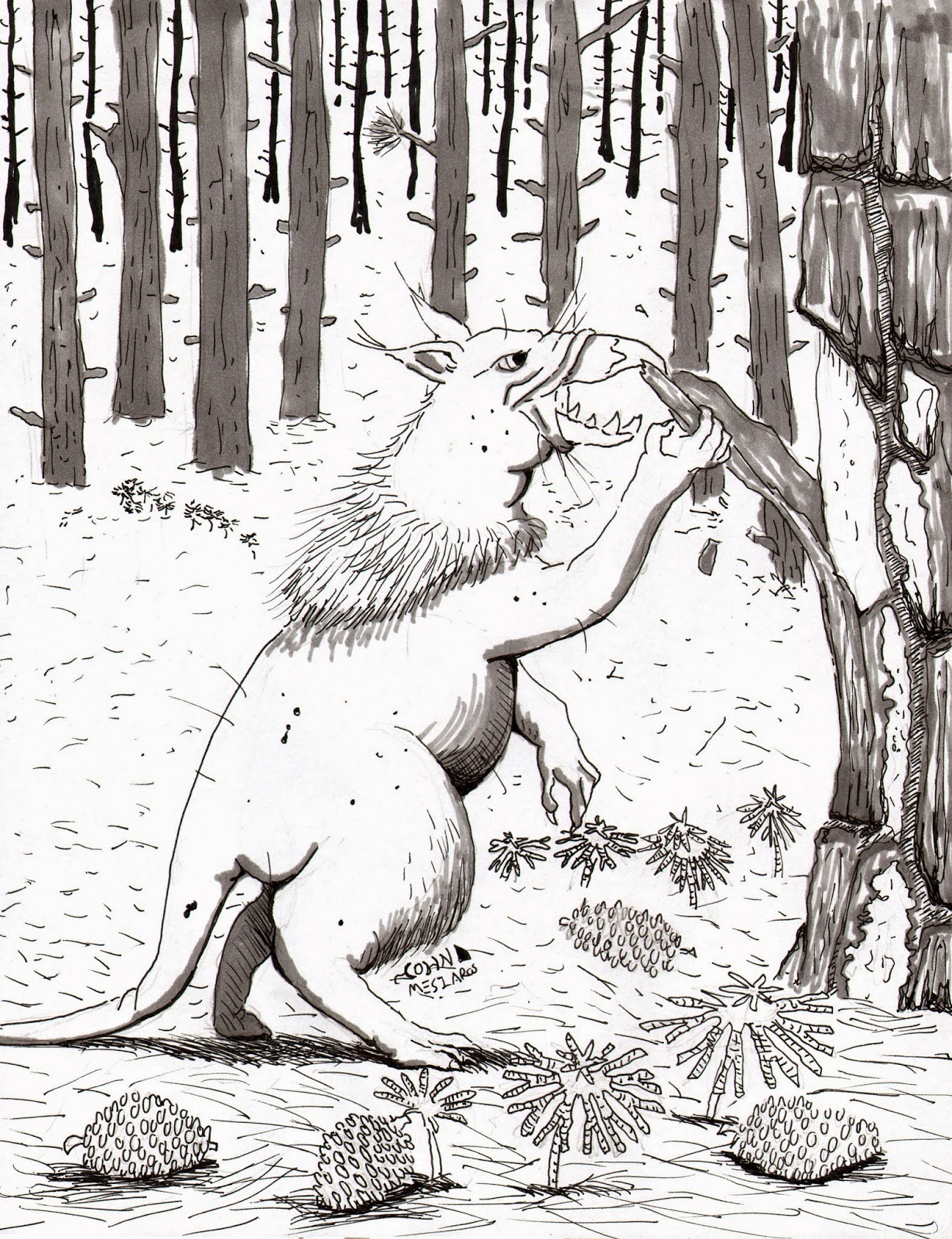 In July of 2008, a strange carcass washed ashore in the district of Montauk on the South Shore of Long Island.  The creature was hairless and squat, with a mammalian body, but a beak like a bird.
Lots of speculation ensued.  Some thought that it might be a  genetic experiment from the nearby Plum Island Animal Disease Center. Others thought perhaps it was a turtle without it's shell-- a rumor quickly proven false since a turtle's spine is attached to its shells, thus the animal cannot be removed from it. Many concluded that it was simply a raccoon that had lost its fur and part of its face due to long immersion in water.

As often happens with stories of mysterious carcasses washing up on shores, the Montauk Monster was eventually taken by a local resident and soon disappeared before too many people had a chance to examine it.


So what was this bizarre creature? The dead raccoon hypothesis seems most likely.  The overall squat body closely resembles a raccoon's, as do the long, fine fingers.  The apparent "beak" is likely the exposed  front part of the skull.  The effects of prolonged exposure to sun and salt water, and the natural processes of decay, can make even the most common animal nearly unrecognizable.

Witness, for example, the Zuiyo-maru carcass, an apparent plesiosaur carcass hauled up by a Japanese fishing trawler in 1977:
Though this carcass was thrown overboard before it could be examined by scientists, it was most likely the badly-decayed remains of a basking shark rather than a prehistoric reptile.  The lower jaw and gills of these sharks often fall away soon after death, leaving behind a smaller head (actually just the brain case) and apparent "neck" created by the spinal column.

For my rendition of the Montauk Monster, I tried to imagine how it would live if it had been a genuine unknown animal.  I like the idea of it using its beak to pry up the tough bark of pine trees like a porcupine using its incisors or an extinct "shovel-tusker" elephant like Amebelodon.