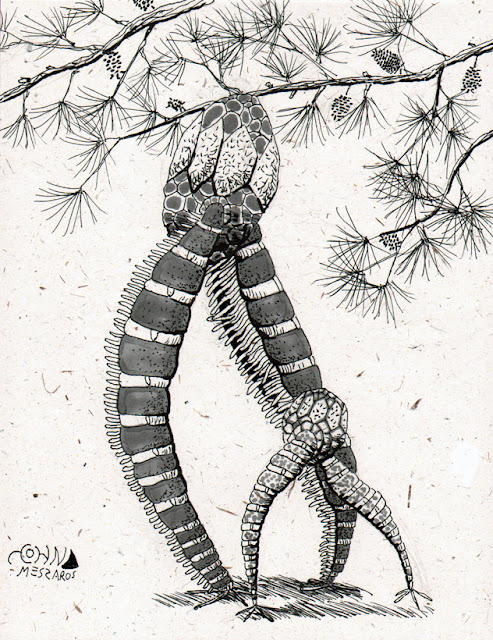 Making a slight departure from the usual state cryptid post to have a little fun with one of my favorite folklore critters.

The Fresno Nightcrawlers are bizarre cryptids from California that are little more than small, round heads atop long legs, rather like living wishbones or hairpins. They're known from a set of videos posted to Youtube. The first is a grainy surveillance video that shows two of the creatures seemingly floating over a lawn with their legs billowing out as if they were covered in loose fabric.  The second surveillance video, filmed in nearby Yosemite National Park, gives a clearer image of a larger Nightcrawler strolling down a path accompanied by a smaller individual (its young, perhaps?).

The nightcrawlers have been associated with a series of photographs of tree-branch sculptures that resemble them. Some internet posters have claimed that the Nightcrawlers are nature spirits that are well-known to local residents, and the statues are a sort of homage to them. Its even claimed that they are present in the myths of the local First Nations peoples.

There is, however, no record of these beings in local folklore nor in Native mythology. The most likely explanation is that the videos are clever hoaxes and the folklore has been added on to give some depth to the creatures.

Hoax they may be, but I still think the Nightcrawlers are pretty neat cryptid/folklore creatures. The biologist in me was intrigued by what they might be if they were real. So I've been doing a series of speculative drawings on possible Nightcrawler identities.

For this image above, I've interpreted the Nightcrawlers as highly-modifed, land-dwelling echinoderms. Specifically, they are members of an extinct group called cystoids, which superficially resemble the more well-known crinoids or sea lilies.


In my drawing, the plate-covered arms of the cystoid ancestor have become the Nightcrawlers' walking legs. The rows of finger-like tentacles extending from the backs of the legs are tube-feet, short nozzle-like tentacles that echinoderms use for movement. The ring of hexagonal plates around the center of the creature's egg-shaped bodies are "eyes" formed from many smaller light-sensitive plates. These are similar to the multi-faceted plate-eyes of modern day brittlestars.

Posted by John Meszaros at 9:54 PM No comments: 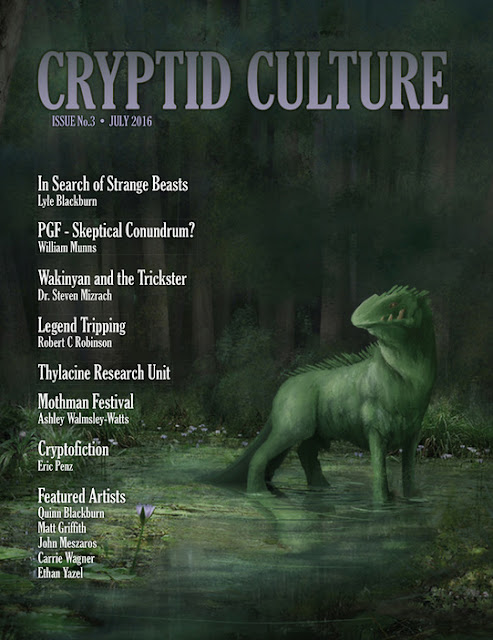 Issue #3 of Cryptid Culture magazine is out. Featuring my article about the Tuttle Bottoms beastie.

Get it here.
Posted by John Meszaros at 11:31 AM No comments: 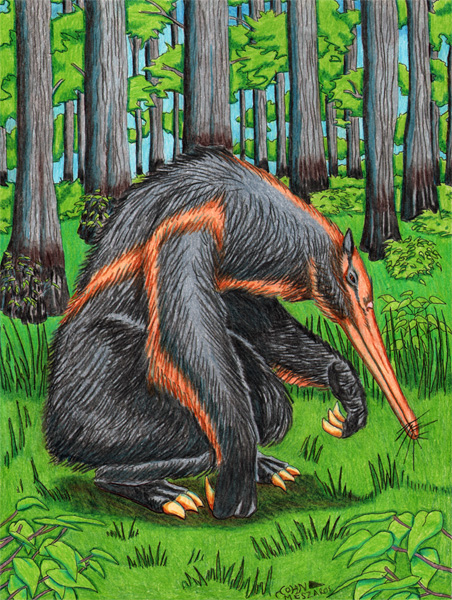 Here's an illustration I did of an unusual hairy cryptid from around Harrisburg, IL.for an article I wrote in Cryptid Culture magazine.

The Tuttle Bottoms Monster is unique among hairy cryptids because of its long, anteater-like snout.

For my interpretation of the beast, I imagined it as a chalicothere- a species of extinct, sloth-like animals distantly related to horses- that had evolved a long, gharial-like snouth for catching fish. 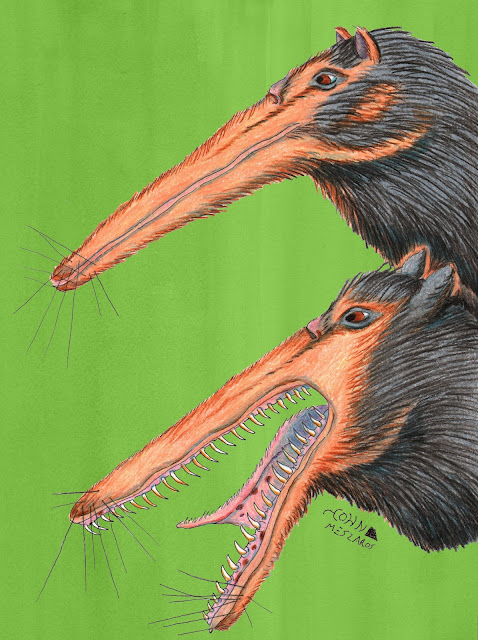 Posted by John Meszaros at 11:29 AM No comments: