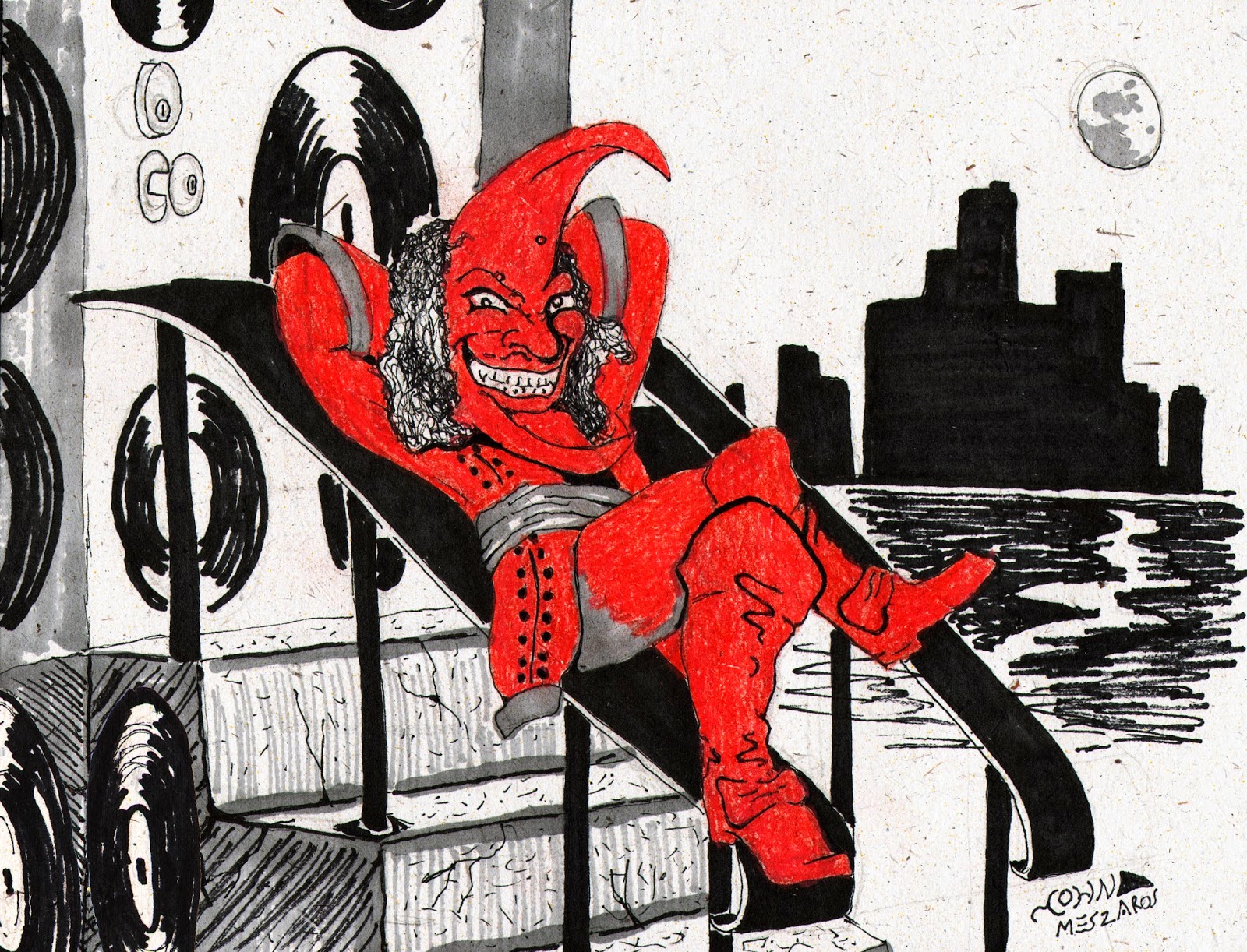 According to legend, Antoine de la Mothe Cadillac, founder of Detroit, was plagued throughout his career in North America by hauntings and dream-visions of a small, bestial man in crimson clothing-- the Nain Rouge or "Red Dwarf" (not to be confused with the British sci-fi show). The appearance of the Nain Rouge was said to portent disaster and hard times.  And indeed, Cadillac died penniless.  After his demise, the creature is believed to have taken up residence in the city he founded to haunt the residents of Detroit to the present day.

The Red Dwarf is recorded throughout the Motor City's history.  It was sighted multiple times in the days leading up to the destructive 1805 fire. Another sighting occurred just before the 1967 12th Street riot, one of the most destructive riots in US history. It was also reported just before a massive snowstorm in 1976 by two utility workers who saw it jump from the top of a utility pole.

In 2010, local Detroiters formed the Marche du Nain Rouge, an annual festival/parade celebrating the resilience of the city and its inhabitants and their fight against the problems that plague Detroit as personified by the Red Dwarf. At the conclusion of the festivities, the being is ceremoniously driven out of the city and burned in effigy to usher in a new year of hope.

The concept of the Nain Rouge is believed to trace back to Norman French tales of lutins-- variations of the "house elves" found throughout Germanic, Gaelic and Scandinavian cultures.  While traditional lutins are usually fairly harmless-- doing nothing more fiendish than playing the occasional prank on the humans they share their homes with--the Nain Rouge evolved into a vicious, destructive spirit in New France.  A harbinger of destruction for Cadillac's city, much like the Mothman supposedly was for Point Pleasant.

My version of the Nain Rouge wears French soldier's garb from the era of the Nouvelle France colony in North America.   The Dwarf is usually depicted as a goblin, devil or even a crimson Krampus, with horns, curly hair and huge fangs. His moon-head depiction here is my own invention, inspired by a figure from the Warhammer Fantasy table top game.  And, uh, most definitely NOT inspired by a certain late night fast-food mascot.

The LP records on the house behind the Nain Rouge are a reference to the Heidelberg Project, an outdoor exhibit on the city's east side begun by artist Tyree Guyton. Guyton started the Project initially as a political protest against the decay of Detroit's inner city neighborhoods.  Eventually it became a group effort "to inspire people to appreciate and use artistic expression to enrich their lives and to improve the social and economic health of their greater community." (mission statement of the Heidelberg Project)

I thought that the hope and constructive creativity of the Project made a fitting contrast and answer to the chaos and destruction personified by the Nain Rouge.
Posted by John Meszaros at 11:12 PM No comments: