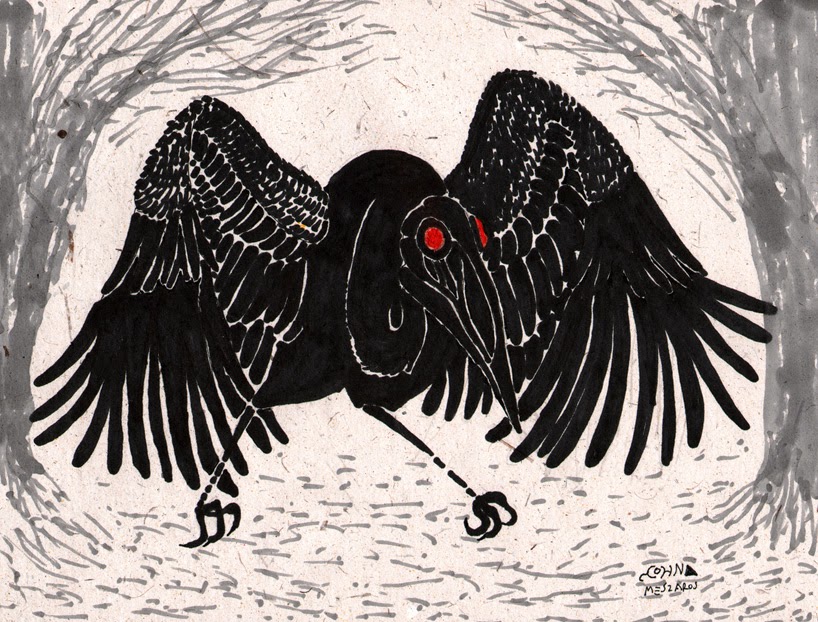 Next to Bigfoot, the Mothman that terrorized Point Pleasant, West Virginia from 1965 to 67 is probably one of the most iconic American cryptids.  Initial sightings followed the typical "boogeyman" mold: a bizarre monster appears in the road suddenly to terrify motorists or chase horny teenagers in a local make-out spot and old munitions dump known as the TNT Area.
The Mothman is described as a gray,  sometimes brown, biped with  enormous wings and two red glowing eyes.  Some descriptions said that the beast didn't even have a head, and that its eyes sprouted directly out of its torso. Though the creature did not closely resemble a moth, its name was coined in reference to the Adam West Batman TV series, which was extremely popular at the time.

The numerous sightings gradually attracted more and more media attention, bringing tourists to the town, hoping to catch a glimpse of the monster. Eventually paranormal investigator John Keel arrived to study the being.  The results of his investigation became the book The Mothman Prophecies-- the basis for the 2002 Richard Gere film.  According to Keel's book, the Mothman's hauntings were accompanied by a plague of paranormal phenomena, including disembodied voices, poltergeists, visits from Men in Black (the actual, historical mysterious beings upon whom the movies were based) and encounters with an otherworldly being called Indrid Cold who seemed human, but always bore an enormous, unnerving grin.

Sightings of the Mothman came to an abrupt end near the end of 1967.  In December of that year, the Silver Bridge spanning the Ohio River near Point Pleasant collapsed, killling 46 people.  As time went on, many began to connect the Mothman to the disaster.  Did the creature somehow cause it?  Or, as Keel and others have speculated, was it perhaps a harbinger of the coming tragedy?  A being drawn to the impending fear and death? Or maybe it was even trying to warn the locals about  what was coming?

So what was the Mothman, exactly?  Some think it was an extraterrestrial, or even extradimensional being.  A creature living outside time and space.

On the mundane side, it's possible that the creature was just an owl or other bird, which was turned into a "monster" by poor light conditions and mass hysteria.  The hypothesis I like best is that the Mothman was actually a misidentified Sandhill Crane (Grus canadensis).  These birds are huge-- nearly as tall as a human being-- with an enormous wingspan.  Seen at night by someone unfamiliar with, or not expectin it,  it isn't difficult to see how one of those birds could be "transformed" into a red-eyed winged monster.

Regardless of what it was, mundane or supernatural,  the Mothman has become a cultural phenomenon, turning up in cartoons, comics, video games, etc.  Point Pleasant itself has erected a statue of  the creature, and even boasts a small museum.

http://www.americanmonsters.com/site/2012/12/mothman-west-virginia-usa/
Posted by John Meszaros at 10:26 PM No comments: 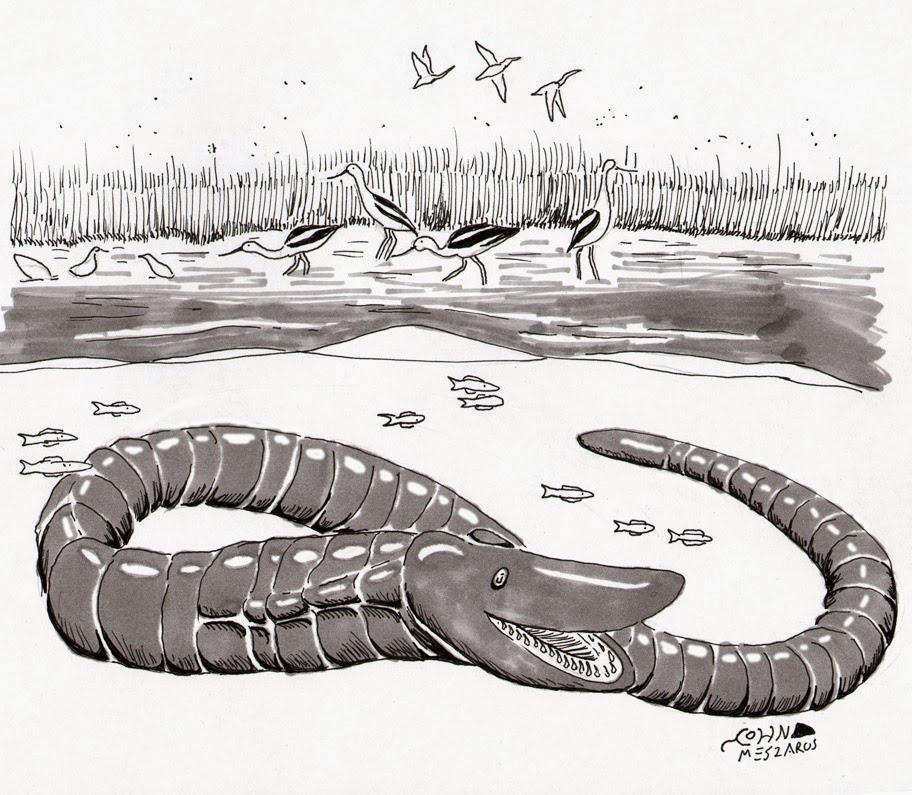 Posted by John Meszaros at 10:24 PM No comments: