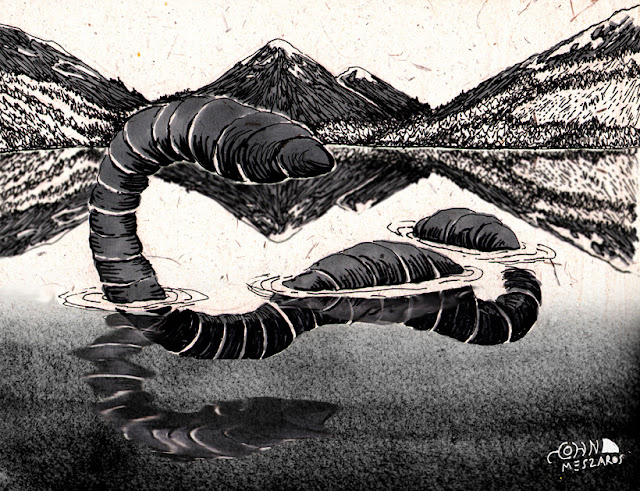 Thousands of years ago massive glaciers covered the land that is today called Oregon. As these rivers of ice made their centuries-long trek across the land, they gouged up soil and stone and piled the debris up at their leading edges to create huge earth ridges called moraines. If these moraines were built up high enough in the right locations, they would become dams that trapped water from the melting glacier, creating large cold and clear lakes. Such was the genesis of Wallowa Lake in Oregon.

In historical times the area around the lake was inhabited by the Wallowa band of the Nez Perce Native American tribe. When Europeans settlers came to the area, the lands around the lake were set aside for the Nez Perce through a Treaty. As you can probably guess, sadly, this Treaty was quickly broken once gold was discovered in the West in the 1860s. Tensions between settlers and the Wallowa led to violence. Rather than submit to European standards of justice, the Nez Perce, led by Chiefs Joseph, Looking Glass, White Bird and others, left their ancestral home around the lake and tried to flee to Montana to join the Crow. In the end, though, they were harried by the U.S. military and forced to settle in Oklahoma, though they were eventually allowed to settle in the Colville reservation in Washington.

The first recorded account of a monster in Wallowa Lake comes from an 1885 article in the Wallowa Chieftain, which gave an account from an unnamed gold prospector who claimed to have seen a long-necked beast with a flat head gliding through the water near his boat. Sporadic sightings of the creature continued for decades after. Eyewitnesses described the animal as resembling a Chinese dragon or a black, hump-backed serpent. In time the enigmatic creature was given the affectionate nickname “Wally”. 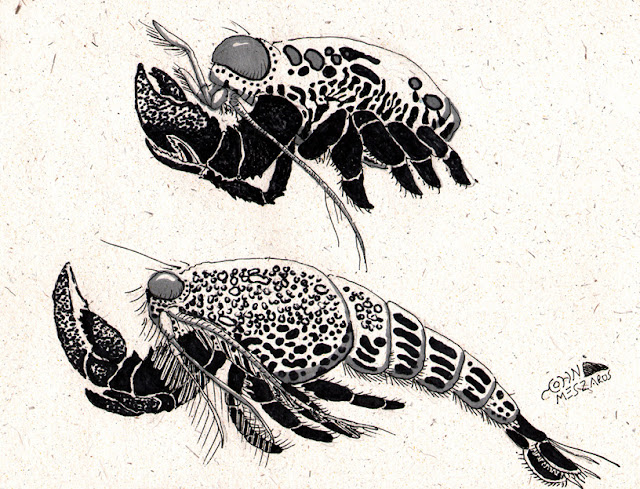 Wally is allegedly not the only cryptid in Wallowa Lake, however. Scattered folktales from early settlers speak of gigantic crabs or lobsters that would crawl out of the lake to seize cattle and pull them into the depths. These monster crustaceans have not been seen in over a hundred years, so it is likely that they have gone extinct. If they ever even existed in the first place.

Like most of my lake monsters, I wanted to avoid making Wally into the typical long-necked serpent or modern-day plesiosaur. Instead, I drew on Wallowa Lake’s glacial origin as inspiration for the beast’s identity. Glaciers of Northwestern America are home to an unusual creature called an ice worm (Mesenchytraeus solifugus). These tiny, black, hair-like crawlers are annelids, part of the same phylum that includes common earthworms along with leeches and the famous giant tube worms found on hydrothermal vents. During the day ice worms inhabit tiny channels within the ice and emerge at night to scour the glacier’s surface for algae, pollen and other bits of food. Unique enzymes and other proteins in the worms’ bodies allow them to survive in the freezing temperatures of the ice fields. They are, in fact, so specialized to this extreme environment that heating them to even 40 degrees Fahrenheit will cause the worms to literally melt.

I imagined Wally- or rather, Wallys, since there would have to be a small population of these creatures- to be gigantic descendents of Mesenchytraeus. Being a cold glacially-derived lake, Wallowa does not have much life in it. Algae is scarce, making the water remarkably clear. Fish and aquatic insects are also sparse. The Wallys thus live on the bottom, slowly burrowing through the muck to feed on bacteria and other microorganisms. Why they occasionally come to the surface, and why they have grown so big compared to their ice worm ancestors, is unknown.

And what of the giant crustaceans? For my version, I imagined that they too are descended from inhabitants of the vanished glaciers. Rather than being true crabs or lobsters, they are actually gigantic copepods. Copepods (oar-foot in Greek, so named because of the way they row through the water using their legs and long antennae) are a diverse group of arthropods that are typically distinguished by an armored, tear-drop shaped body and a single large eye in the front of the head.
The surface of a glacier is often pockmarked by small, deep pools of water known as cryoconite holes. These holes form when dark dust or other debris settles on the ice and raises the temperature of the surface immediately underneath it (since black and other dark colors absorb more heat than the surrounding white ice) and causes it to melt. Cryoconite holes are mini-ecosystems unto themselves, and are home to a huge diversity of bacteria, protists, worms, water bears, tiny insects and, of course, copepods. 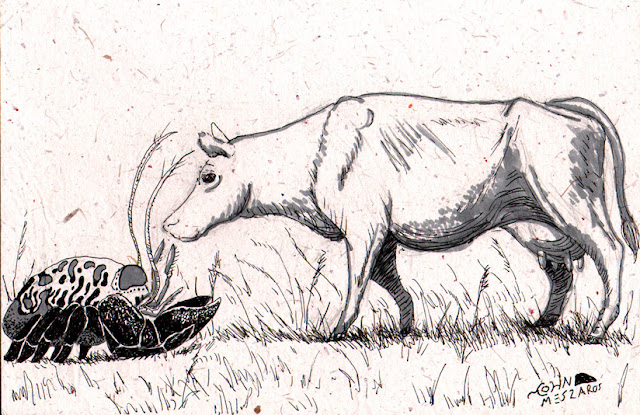 My version of the folklore monster “crabs” were descended from prehistoric glacial copepods that were deposited in the lake. Like true crabs, they were scavengers and would eat anything they could find. They even made the occasional forays onto land in their search for food. In my version, however, tales of them attacking cattle are exaggerations. The Wallowa crustaceans were, in truth, docile animals that would occasionally approach cattle out of curiosity- or perhaps to get at that tasty nutrient-filled manure that the cows conveniently left all around the lake shore.

Indian Legends from the Northern Rockies by Ella E. Clark

The Historical Atlas of Native Americans by Dr. Ian Barnes